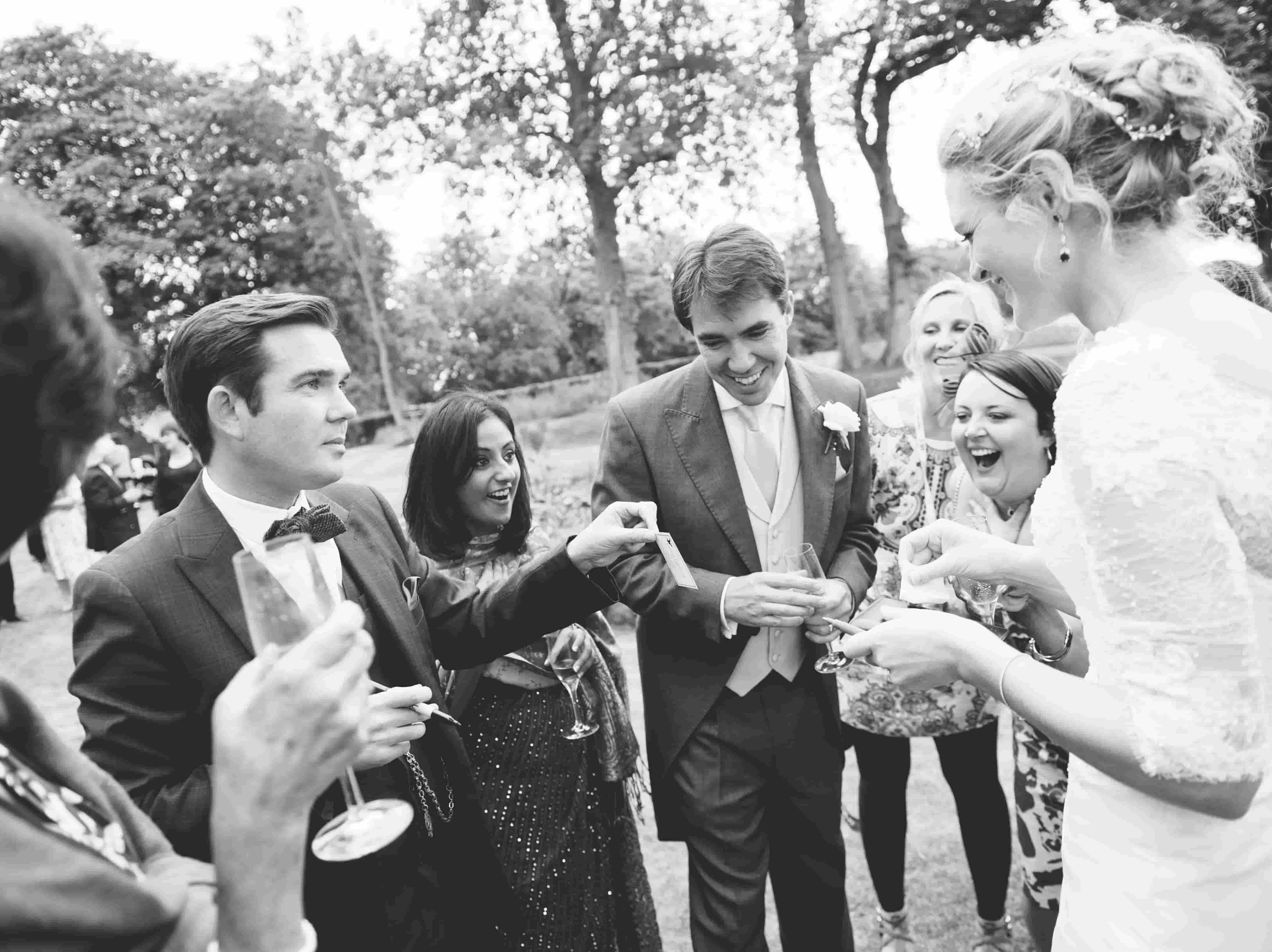 Welcome to the website of Magician and Mind reader, Edward Crawford. Edward has been performing as a magician throughout Herefordshire and the UK for the past 15 years. He is a full time professional magician who has a long list of clients who book him on a regular basis, including multinational corporations and celebrities.

What makes Edward so popular and has allowed him to be one of the few professional magicians in the UK is his unique and grown up style of magic. Edward performs a style of magic known as mentalism or psychological illusion. Best described as magic of the mind. In a typical performance Edward will read minds, maybe he will ask you to draw a picture or think of an old friends you haven’t seen for years, Edward will tell you exactly what you’re thinking. For stage shows he has been known to send a client an envelope through the post weeks prior to the event, during the show the client will be invited onto the stage and asked to open the envelope. They will remove a piece of paper and discover Edward has predicted the headlines of that days newspaper weeks in advance. A favourite routine for Edward is Telekinesis, moving objects with the mind. Not only will he bend coins in your hand but he will even teach you how to do it! All this and much more can be witnessed in Edward’s close up, stage show and dinner show.

As a Herefordshire magician Edward performs at a wide variety of event including weddings, corporate events, private parties, christmas parties, dinners banquets and balls. Edward has a number of performances for every event including close up magic and table magic. A full stage show for large events, and for smaller events that require the theatrics of a stage show he has his dinner show. If you wish to hire a Herefordshire magician Edward will tailor his act to suit your event so you can be assured the perfect entertainment for the perfect day.

If you would like to hire a Herefordshire magician or require further details simply fill in the enquiry form below, email Edward to info@edwardcrawford.co.uk or give him a call on 07814 135569. You can also arrange a Skype call with Edward where he will read your mind over the internet. 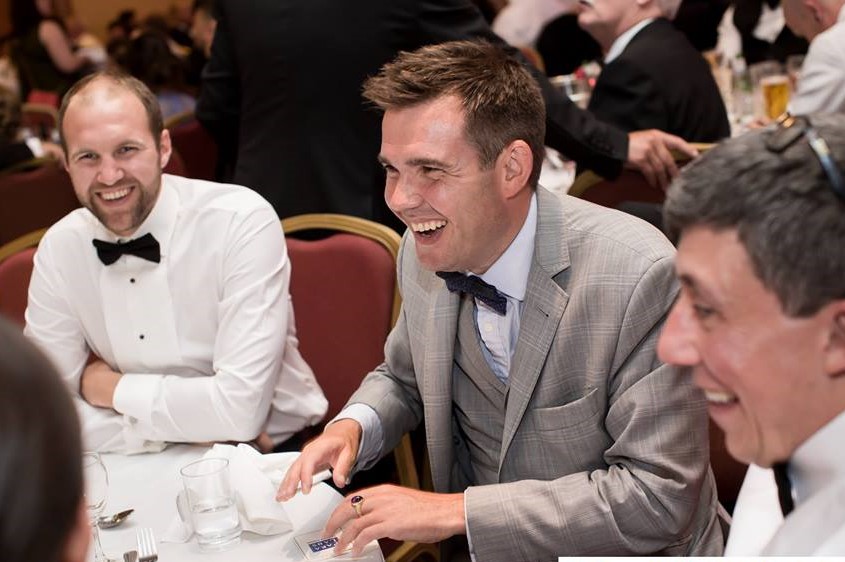 Edward was fantastic! He arrived early to prepare and instantly wowed the General Manager and the Events Managers with his magic. He was professional, entertaining, engaging and had everybody stumped! Brilliant addition to any event, big or small. Two weeks later and people are still raving about Edward’s tricks. Thank you!!!!

Last week I had the pleasure of performing close up magic and mind reading at the wedding of Lydia and Vince at their wedding at Hampton Court Castle, Hope Under Dinmore, Hereford; a truly stunning location.
Generally with weddings I will perform either at the drinks reception as photos are being taken or at the tables during the wedding breakfast. The majority of times I will recommend these periods as being the best times as they can be the quieter periods of the wedding and magic can be a great ice breaker to bring together guests who haven’t met previously. I this case the client required a performance during the evening reception, as the evening guests arrived and the wedding breakfast ended. This worked out perfectly as the wedding breakfast had run over a little and it allowed me to perform for the evening guests as they arrived, waiting for the speeches to end and the rest of the guests to join them in the gardens for drinks. I had an hour with the evening guests before performing with the remainder as they left the breakfast. This worked out perfectly as they had an hour before the band was to play later in the evening and they had an hour of “dead time”. I mingled with the guests throughout the castle and in the grounds performing close up magic and mind reading. This was the first time the bride and groom had an opportunity to relax and I performed a special routine for the pair of them before ending the evening performing a one of routine, and my very favourite thing to perform, between the bride and one of the bridesmaids. The evening was a massive success and the feedback was phenomenal.  A big thank you to and congratulations to Lydia and Vince and thanks to everyone at Hampton Court Castle. Look forward to seeing you all again.
If you are looking to hire a magician in Herefordshire for a wedding or any other type of event then you can contact Edward on 07814 135569 or info@www.edwardcrawford.co.uk for more details or to discuss the nature of your event.

On Saturday night I received a last minute booking in Herefordshire, thankfully I was performing in Wales earlier that day so was only forty minutes away and could easily get over there in time. The event was at one of the most beautiful venues I’ve performed at, Eastnor Castle. This was a corporate event which entailed a drinks reception and dinner with further drinks after. I had been hired to perform at the tables but upon arrival I realised I would never have time to get around all the tables so therefore decided to start earlier (I always arrive at any event at least an hour early to check out the lay of the land) and perform during the drinks reception as well. This would give me the chance to get around everyone. During the drinks reception I mixed and mingled with the guests, keeping things quite casual. Performing for small groups at a time, showing each group a short routine of about 5 to 10 minutes demonstrating suggestion, influence and mind reading! As soon as people were seated I started to go around the tables. I have a number of different routines depending on whether people are seated or standing so I can ensure if guests see me perform at both the drinks reception and the meal they will see different routines. Despite my earlier thoughts that I wouldn’t get around all the tables I did some how manage it, hitting the last table with a few minutes to spare. After the meal I was meant to leave but they were such a lovely group of people and groups kept asking me to show them something else I ended up staying an extra hour. It was a really fun evening and an absolute pleasure to perform for such an awesome audience. I look forward to performing for them all again next year. If you’re after a corporate magician in Herefordshire please get in touch.