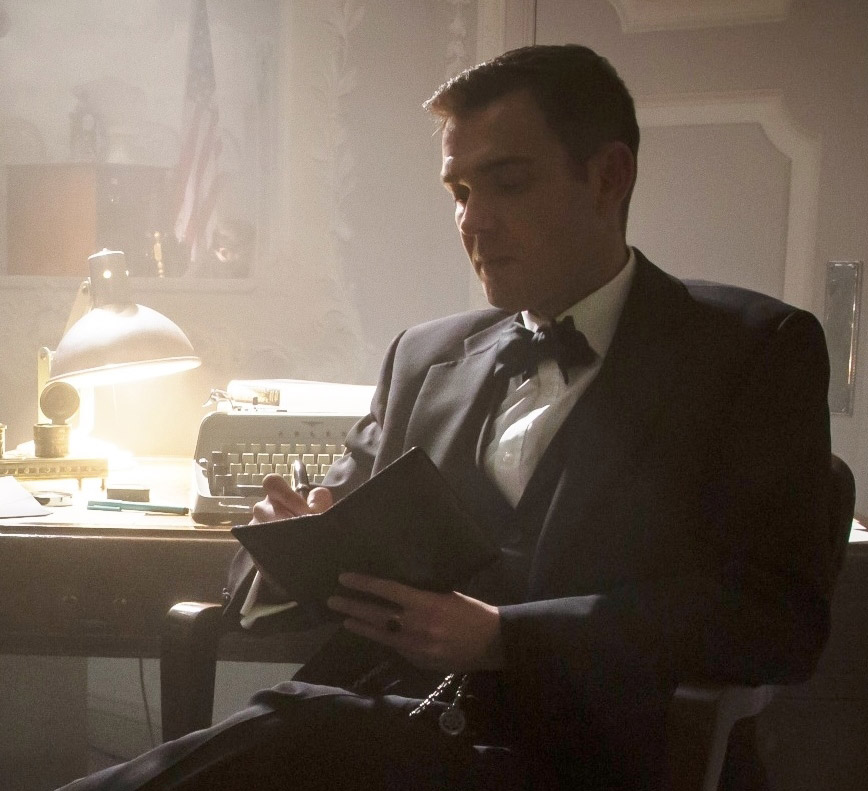 Edward Crawford is a full time professional magician and mind reader.  Edward performs in theatres, conference rooms, hotels and private parties throughout the world. His clients include some of the UK’s biggest corporations, as well as performing for private clients at weddings and parties. Each year Edward performs at over 200 events performing everywhere from a private yacht in Monaco to the Empire State Building for companies including BP, Glaxo and Coca Cola. No matter the event, big or small, Edward will tailor his act to suit your requirements.

Edward was born into a family of performers; his grandmother was a tarot reader and crystal ball gazer in a circus side show! She taught him the basics of "reading people" from body language and facial expressions and from a young age he was attempting to read minds. Combining these skills with a grown up form of magic and the art of the con he created a unique act and style of performance that has led to Edward being one of the the few full time professional mentalists (the correct term for this style of magic) in the UK. His  ideology is that magic should have a power and what could be more powerful than the ability to read minds? Edward does though have a huge respect for traditional magic and does on occasion use playing cards in a performance and has even spent the last year working on a routine involving a mind reading bunny!

Edward’s unique demonstrations of the power of the mind have included predicting the headlines of national newspapers weeks in advance, driving blindfolded, duplicating drawings made by a person in another room, and playing Russian Roulette with air pistols (which Edward describes as terrifying, stupid, dangerous and a little invigorating!). In a typical performance, not that any performance is typical, you will see Edward pluck thoughts from your head, make impossible predictions, bend metal with his mind and a myriad of impossibilities. Edward's ethos is that magic should primarily be entertaining, and with his sophisticated style and humour it always is, but when done right it can attain the level of art.

Edward's performance style offers a dry, self deprecating humour (no cheesy one liners or making his audience the butt of the joke) whilst demonstrating some of the most unbelievable feats of illusion you will ever witness.

Whether you are looking for entertainment at a private event, a wedding, or corporate show Edward's mystifying act will be tailored to guarantee a truly unforgettable experience.