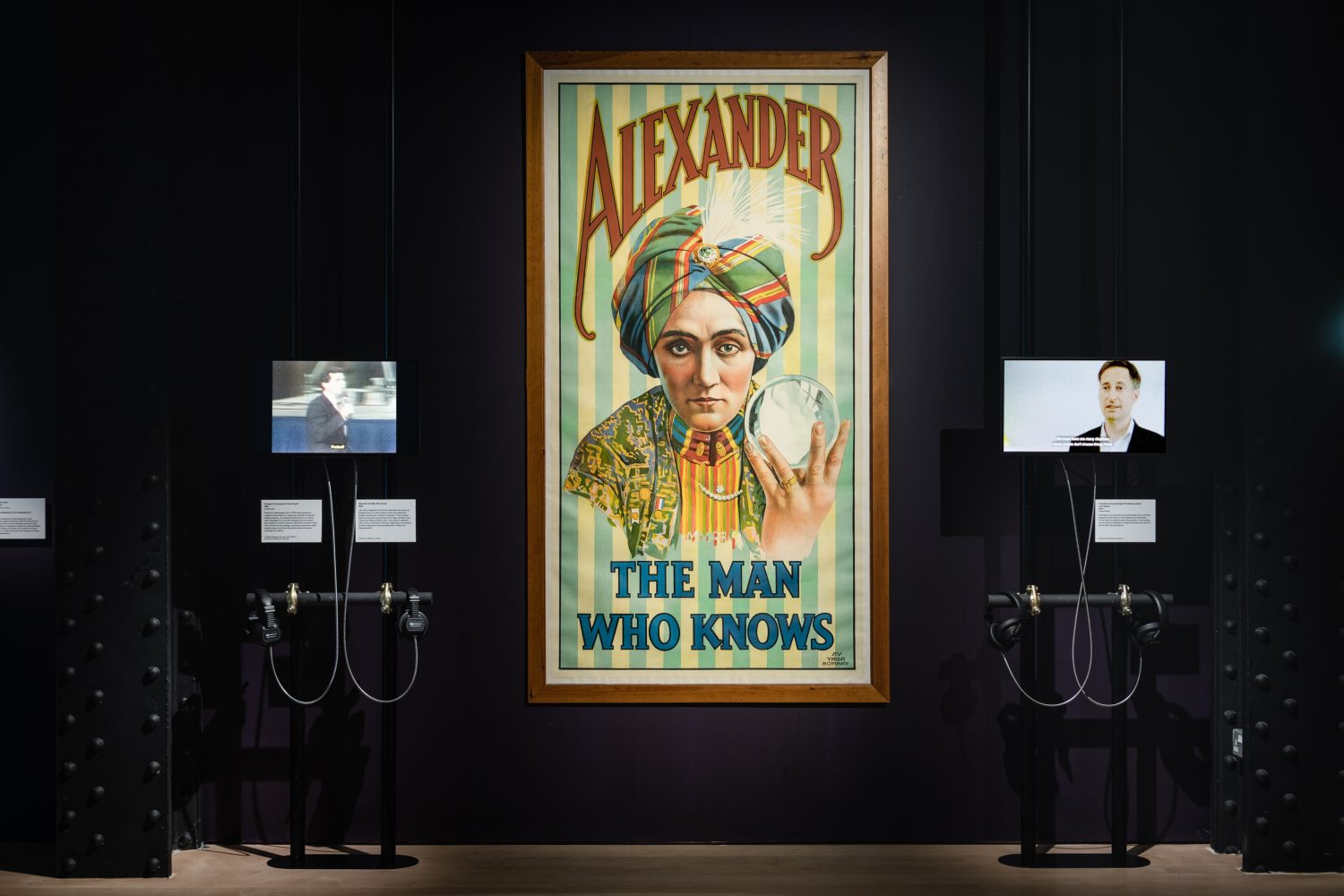 Last week I finally had a free day to visit the Smoke and mirrors exhibition at the Wellcome collection in London. The exhibition explores the the world of psychology, magic and psychic mediums whist looking at what magic and conjuring can tell us about the human mind. The exhibition is divided into sections looking at magic, mentalism and the part I was most interested in, the world of the 19th century psychic medium. In the part of the exhibition they had some fascinating artifacts including letters to and from Houdini to the infamous medium, Marjorie the medium, the chair Marjorie sat on when she conducted seances and a replica of the cabinet Houdini had made for here when testing her abilities. Turns out she couldn’t contact the dead, fancy that! Finally saw a picture of one of Marjorie’s classic acts of trickery I’ve often heard about but never seen before, Marjorie would often undertake her seances in a state of undress. Everyone would hold hands to ensure no one was getting up to no good when the lights were turned off. Marjorie would place the hand of the gentleman sitting beside her between her legs (remember she’s partially naked) meaning she could get up to trickery whilst the poor man beside her was engaged in the ultimate act of misdirection!

Many of the items are ones I covet for myself and a few I’m the proud owner of in my modest collection of antique books and posters. Basically the exhibition is how I would decorate most of my house if I had the money and a wall large enough to display the largest magic poster, for carter the great, I’ve ever seen. They also have live performances each day (which I missed). A fascinating exhibition which I recommend to everyone.

The Wellcome collection has a permanent exhibition on the first floor looking at medicine through the ages, I didn’t have much time to look around this but it was equally fascinating and something I will have to take another look at when I have more time. The book shop at the collection is to die for. So many lovely books, with an emphasis on magic and psychology in keeping the exhibition. The exhibition has a book produced in conjunction, The Spectacle of Illusion, a beautiful hardback that I would also recommend.

Edward Crawford is a LONDON MAGICIAN performing throughout the world at  corporate and private events. He performs a style of magic known as mentalism, better described as psychological illusion or magic of the mind, to make things easier he prefers to call himself a mind reader. 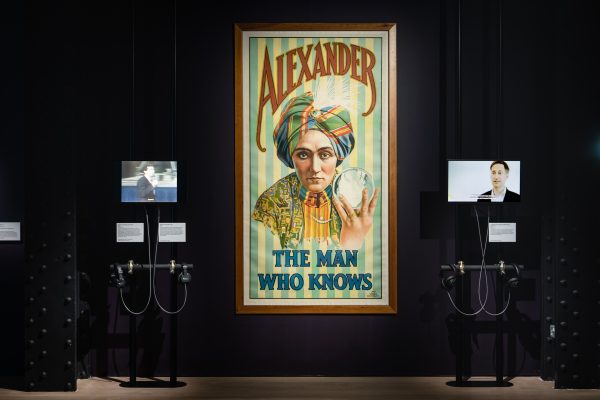