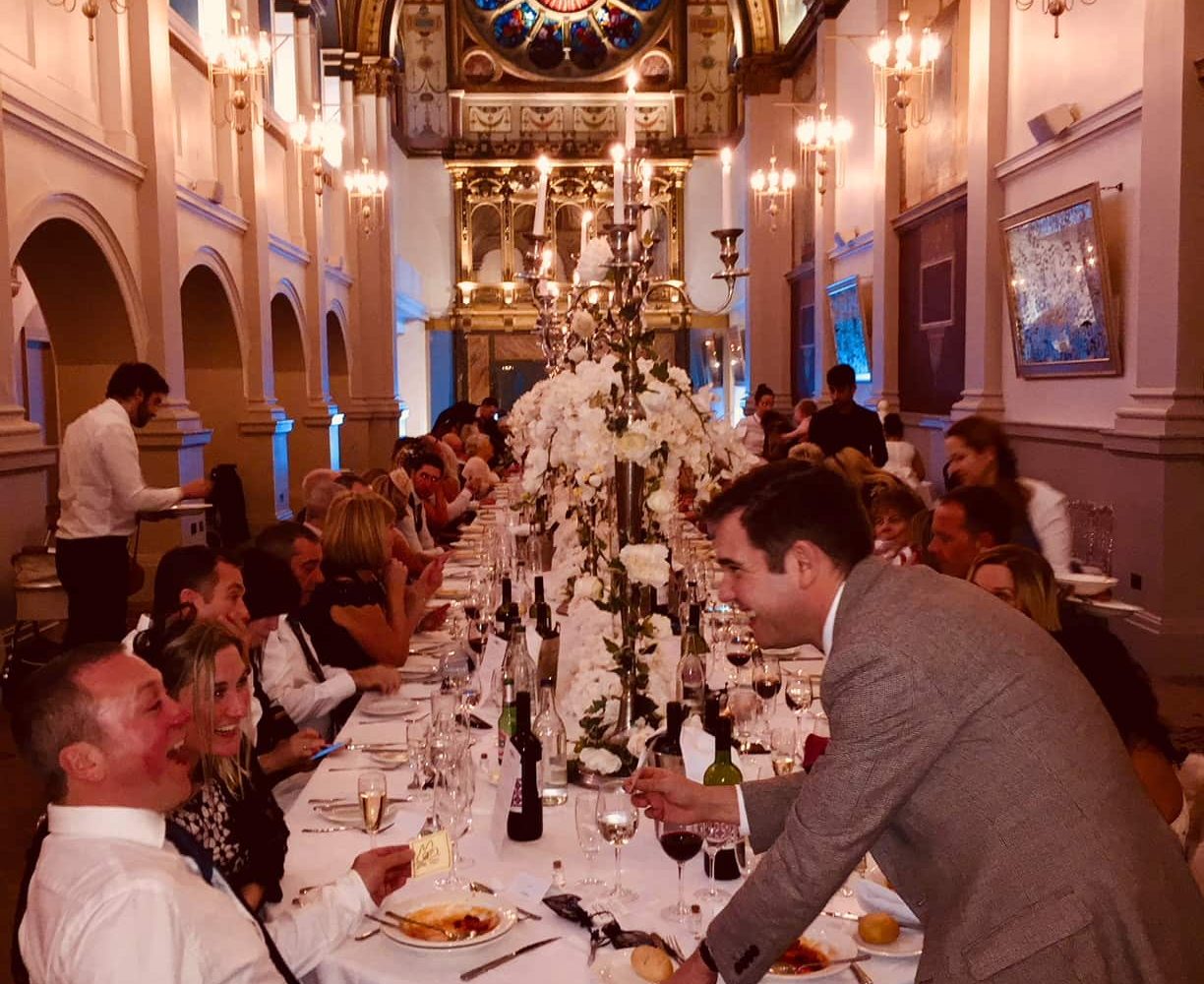 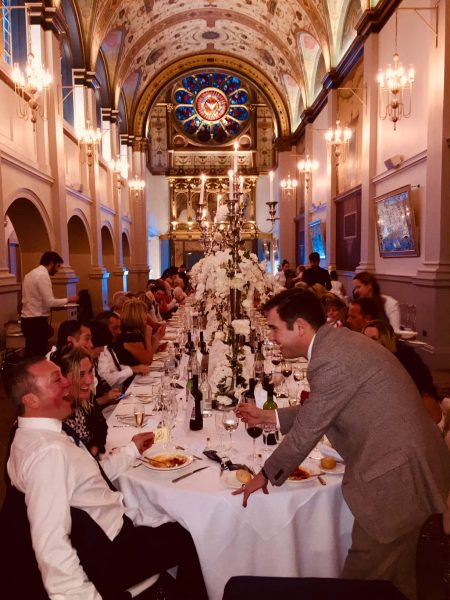 In the last 10 years I’ve performed at over 2000 events but last week was the first time I have performed at a Sheva Brachot dinner. The honest truth is I had never heard of a Sheva Brachot before. For anyone else who is as equally ignorant it’s a Jewish celebration which takes place during the week after a wedding, usually a dinner (and there can be up to 7 of these, one each day of the week) in which the Sheva Brachot (Seven Bessings) will be recited. This dinner is for family and friends of the bride and groom and I was hired to provide the Sheva Brachot entertainment.

This particular event took place at a restaurant in London, the entire restaurant had been hired for the event so it was closed to the public. From my point of view I performed at the event in the same way I would at a typical wedding reception.  This was a perfect event for a close up performance, as the guests arrived for the drinks reception I casually mixed amongst them performing what I refer to as mix and mingle magic. After the drinks the guests were seated for dinner. At this point I went from table to table performing (no surprise here) table magic. More details regarding my close up act can be found HERE. Towards the end of the dinner I performed a routine from my stage show which included the bride and groom . This was for the whole audience to watch and constitutes a mind reading routine that demonstrates the love the couple feel for one another. A perfect way to end an event of this nature.

Here’s an email I received from the person who booked me for the event:

“I just wanted to thank you once again for your performance at our event on Sunday evening. Your acts were amazing and the grand finale with the young couple was astonishing!!! I really appreciated the fact that you tied it all in with the connection between them as a couple. It was simply amazing and everyone enjoyed themselves. People have been talking about it and many have asked for your details. All said it was refreshingly different to any other entertainment they’d seen. So thank you for a wonderful evening, and I will definitely keep you in mind for any future events.”

I also received a couple more bookings from this event, one of which was at a Purim event which was another amazing event to perform at. I had such a fun time performing at the Sheva Brachot, and met so many lovely people. Now I’ve done my first I hope to be able to perform at a lot more Sheva Brachot dinners in future.

Edward Crawford is a professional magician and mind reader, he specialises in a style of magic known as mentalism or as he prefers to call it, mind reading. he is a London based magician but spends each year travelling the UK and the world performing at over 200 events each year for corporate and private clients. If you’re looking for a Magician for a Sheva Brachot dinner (or any other event) please contact Edward for more details.