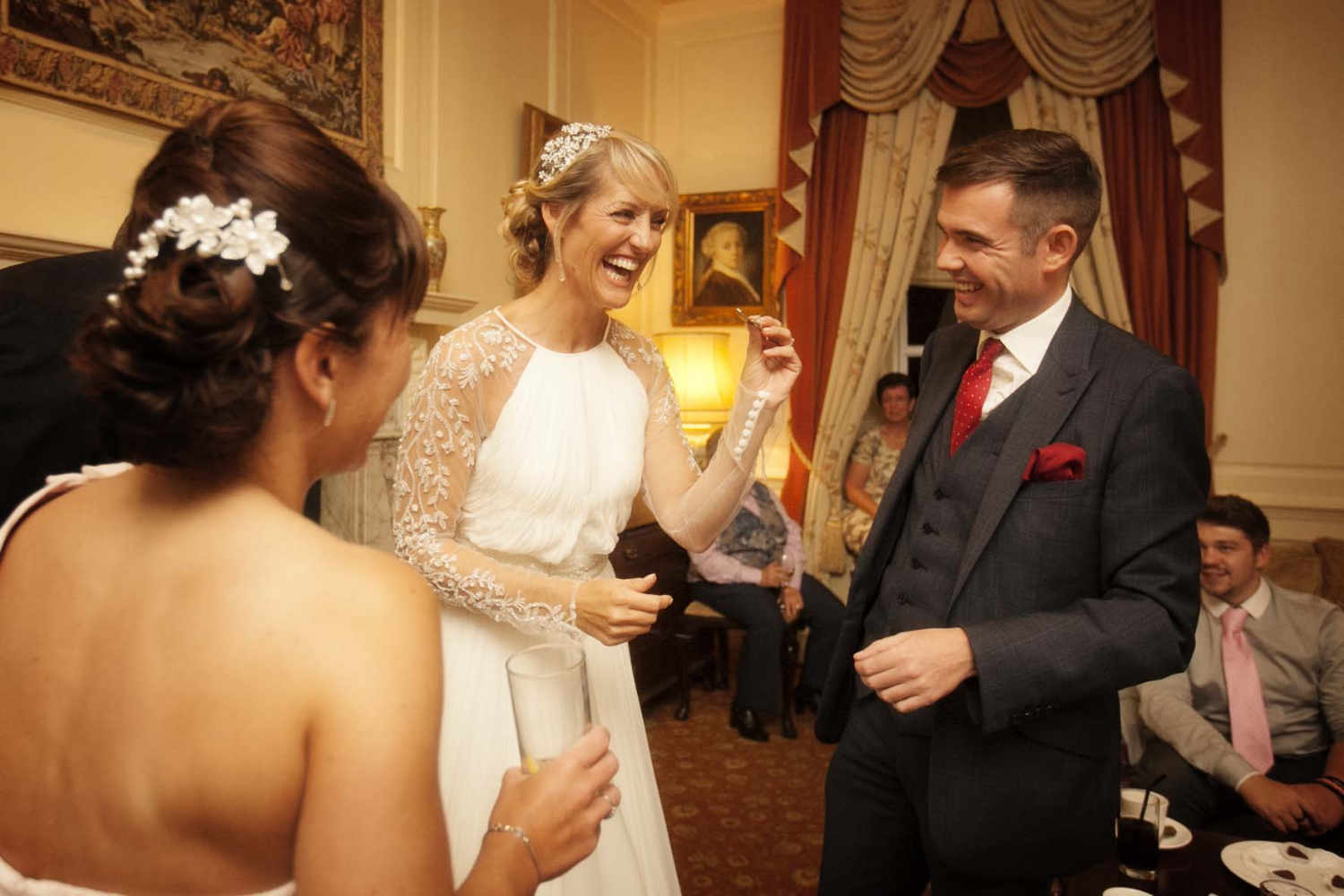 A wedding isn’t just a wedding any more. These days more of us than ever are determined to create something extra, something different, an entire day’s celebrations rich in the unusual, the eccentric, the unexpected.

Some say it all started with the infamous YouTube wedding dance, the original and best. Others feel it’s because organised religion isn’t always at the heart of weddings any more, leaving a vacuum to fill. Whatever the reasons behind the trend, as a London wedding magician I am in more demand than ever.

So how come magic in all its amazing guises is so popular? Why do people love magic tricks, illusions and mind reading so much? Here’s why the skills of a talented wedding magician, London based and nicely convenient, will make your special day even more memorable.

Primitive ‘you’ and the awesome power of delight

You might think you’re not keen on being ‘fooled’. But most of us enjoy a well-performed magic trick, and the popularity of the Harry potter books and films says it all. We adore magic. And the first reason seems to be ‘delight’ – we love to be delighted.

When someone cuts a lady in half with a saw, we feel a lovely little thrill because our world view has just been compromised in the most shocking way. Our universe has been well and truly rocked. It’s no longer quite as predictable as we thought… but it’s still perfectly safe.

While we don’t think every magic trick is scary, they all mess with our ideas about how the world works. It’s brilliant when the laws of nature are challenged but nobody gets hurt. And this powerful combination delivers bucket-loads of sheer delight, even when we consciously know very well it’s just an illusion, a trick, sleight of hand, particularly insightful psychology.

Rekindling that childhood sense of wonder

A small part of us wants to believe magic is real. It’s a childhood thing, going back to a time when the whole world felt magical, new and strange. It’s a state that, once you’ve passed it, you can’t return to, a compelling place rich in enjoyable innocence. And it is really powerful stuff.

You might think you’re a fully-paid-up adult, a sensible person with a logical outlook on the world, but in fact that early sense of wonder is something we never really get over. We crave it.  Life is so much more fun when that deep-seated sense of wonder is kept alive. And that’s why scientists say humans are more or less hard-wired for religion and other kinds of magical thinking. We can’t help it: while we try to be logical our irrational beliefs, which are often completely unconscious, are hard-wired into the human psyche.

Something unusual happens and people suddenly clump together, acting as one. Take the Blitz, which ushered in an unprecedented level of community spirit during World War Two, the exact opposite of what Hitler intended.

There’s a powerful community aspect to magic. You are baffled. The person sitting next to you is just as puzzled. Hell, the whole audience is scratching their heads. How the heck did the magician do that? You’re all in the same boat and it feels fantastic. People love to feel they’re in line with their fellow humans, and a shared mystery is always a particularly potent experience.

Delight people, bring them together, generate a sense of wonder

If you want to delight your friends and family, bring everyone together into one joyous human love-fest and treat the people you love to an unforgettable sense of wonder, that’s what I’ll bring to your wedding.