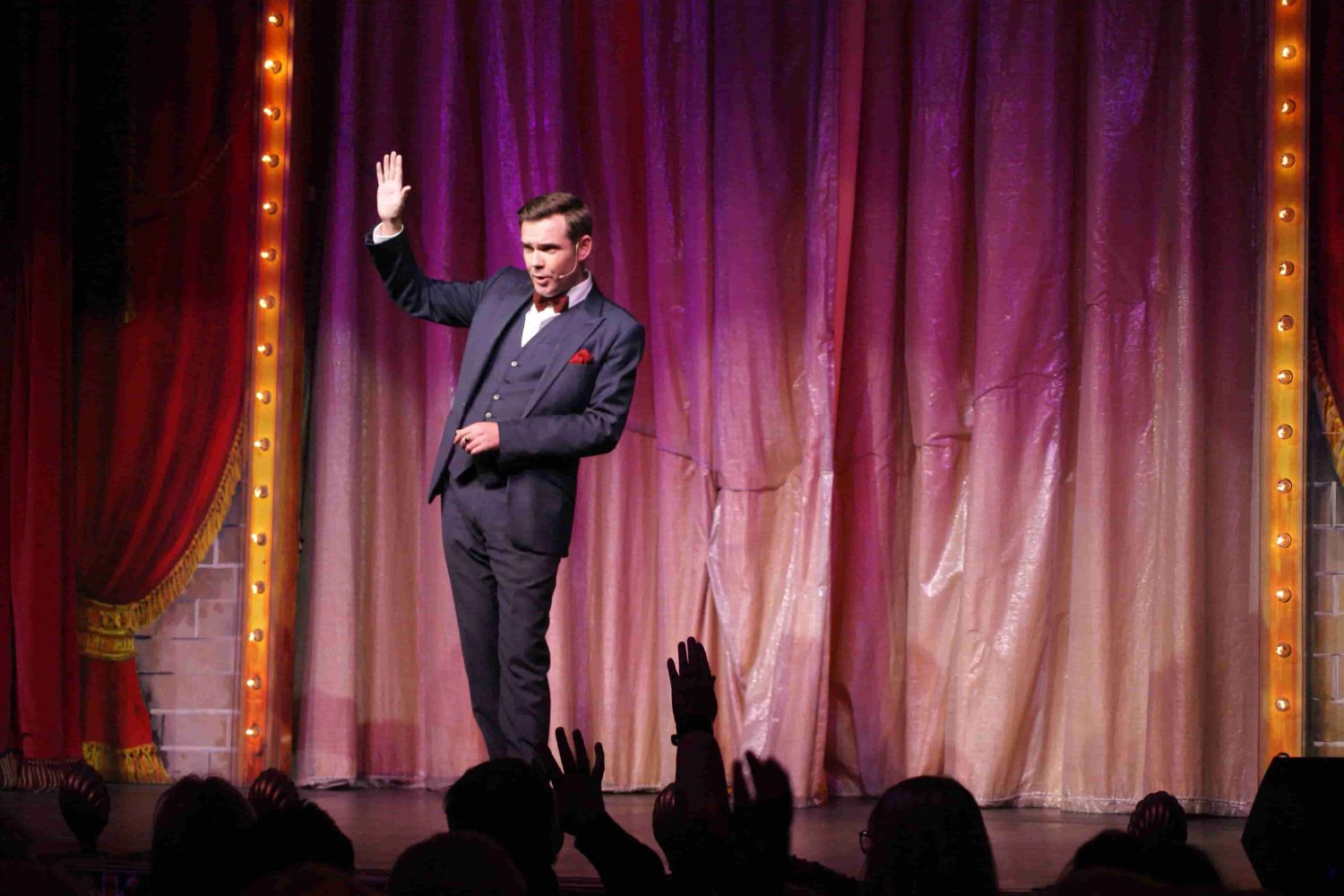 Each year I perform at a vast array or different events, performing both close up and my cabaret show. About 70% of my work is corporate event entertainment. These are some of my favourite events to perform at, particularly my cabaret show as it gives me the opportunity to tailor my show for the company. Every show gets a unique script and often entire routines developed to fit into the theme of the event. At a recent event for Peterborough law society in Cambridgeshire I was asked to give a brief speech during my cabaret show discussing the legal implications of performing magic, particularly the mind reading side of magic I specialise in. This is a fascinating subject that deals with the terrifying sounding witchcraft act. Below I have pasted the speech I gave. Hopefully I won’t be prosecuted any time soon!

“The correct term for what I do is mentalism and I am a mentalist. I’ve never cared for these terms and choose to describe myself as a mind reader. I will go into some detail later as to what I actually mean by mind reader but  to call myself a mind reader without some form of disclaimer could make me guilty under the consumer protection regulations which replaced the 1952 fraudulent medium act which in turn had replaced the 1735 witchcraft act.

Mentalism as a form of entertainment began in the late 1800’s. The was the period when spiritualism, contacting the dead, and psychics in general  was at it’s absolute pinnacle. Many of  the psychological techniques used by psychics  were also being used by mentalists  but where as psychics were working with the aim of extracting as much money as possible from public the mentalist were working as entertainers, all be it some what unethical ones. It wasn’t until the 1950’s that mentalists started to offer a disclaimer that what they did used psychological principles. It is thought that they started to offer this disclaimer because of the 1952 fraudulent medium act.

The act was brought in to protect people from the spiritualists who were prevalent at the time, the industry was huge and people were paying a fortune to attempt to contact dead relatives and loved ones, they were being conned every time. Unfortunately it is very hard to prove. The fraudulent medium act was a complete failure, in the 66 years it was a law only a handful of people were ever successfully prosecuted.  The act which was meant to prevent spiritualism and psychic fraud was actually brought in at the behest of spiritualists who felt that the witchcraft act from 1735 under which they were regularly prosecuted prevented them from working. By 1735 in general people no longer believed in witches and magic, they were far more enlightened, the law was brought in to prosecute people who claiming these powers for money without actually having any power. Mentalists in the 1900’s who claimed psychic powers were successfully prosecuted under the witchcraft act.

The current law which covers, psychics, spiritualists  and mentalists is the consumer protection act from 2008.It wasn’t brought in with psychics and mediums in mind but in fact covers anyone who accepts payment for a service, from doorstep to those who claim to contact the dead and heal the sick. Psychic mediums are now having to add a disclaimer that what they are doing is just an experiment, the results of which cannot be guaranteed.  Basically the law affects anyone who offers a service and takes payment for it. If I have a shop and claim to be having a closing down sale offering fabulous discounts which turn out to be false I could be prosecuted, equally if I take money to perform for you and tell you that we will do something that involves you reading facial expressions, judging a persons character from their photo and absolutely  no influence is used where as the  complete opposite is true I could also in theory be prosecuted under the consumer protection act.

The question is whether I need to offer a disclaimer. I don’t claim any psychic powers but I claim to use psychological principles which is generally true. I may not always be using the principles I claim to at that exact time but if I mislead I do so to make the psychology that much stronger. Ultimately, I may lie but, like a politician, it’s for your benefit.”

I hope this gives an idea of the way I can tailor a performance to suit your event. If you’re after a Cambridgeshire Magician (click HERE for the rest of the world) please get in touch to discuss how I can create a unique performance for your event.