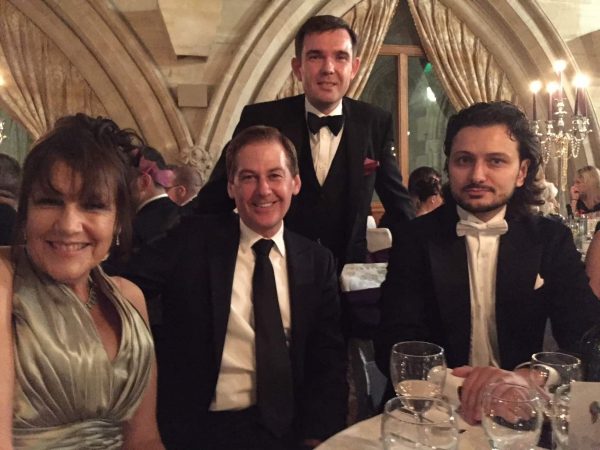 Each year I perform at about 30 events for charities. Many of these charities I perform for on a regular basis and many have been repeat clients for over 10 years. This is in part due to the fact I have a performance created specially for charities that not only offers unforgettable entertainment but can also get people to make further contributions to the charity.   Below is a brief description from a performance as a charity event magician at Twickenham Rugby Stadium in London.

The event was for a small private charity. There were approximately 160 guests who would be having a formal 3 course meal followed by a band. I was hired to perform at the tables during the dinner followed by a short (15 minutes) show at the end of the meal. This is a fairly standard way for me to work and typical of most of the corporate events I work at. Each table received a 10 minute private performance in which I would include all the guests at the table. The main issue with performing at charity events of this nature is that there is generally a lot of stopping and starting for auctions and speeches throughout the meal. I’m used to this though and always ask the MC to give me a nod before any speeches so I know to stop for a few minutes. This does cut into my performance time though so I always need to be very efficient with time and get from table to table as quickly as possible. Was very pleased to make it to every table. For my final stage show performance I used a routine I have developed specially for charity events which will entail people putting their hands in their pockets and donating more money to the charity whilst being entertained. Always a popular way to end a show.

Here’s what the organiser of the event had to say in an email sent the following day.

“Thank you so very much for Saturday. Everyone, myself included, thought you were absolutely brilliant and we are all still trying to dissect the final performance….!”

The question I get asked most often regarding charity events is whether I offer a discount. The simple answer is yes. I have a couple of charities I actively support and perform a couple of free shows for them each year. For everyone else I offer a discount.  My preference is to work for small independent charities where I know all the money raised will be going to good causes and not to pay the charity directors wages or give a celebrity a bit of free publicity!

If you require a magician for your charity event please get in touch for  more details.

Edward Crawford is a professional magician and mind reader. Each year he performs at over 200 events throughout the world for corporate and private events. Head over to the main website HERE for more details.